Many of our team have worked with a leading vertically integrated consolidator.

Get in touch
One of the principals at Wealth Holdings, Keith Brown, was an early joiner at Succession Group where he recognised the changing demographics within the sector and the opportunities presented by the changes to be introduced by the Retail Distribution Review and other regulatory and economic pressures.

Joining Succession in 2010 as National Development Director, Keith joined Andrew Smith (who was COO and one of the four Succession founders) and worked as part of a small team to recruit and integrate IFA businesses in the Succession client proposition, training planners and support staff in the use of the in-house Investment Platform, Centralised Investment Proposition and introducing fee agreements pre RDR.
Keith also led a senior management team to build a National Wealth Management proposition framework. As Succession developed, Keith was joined by Debbie Dry (now a senior member of the Wealth Holdings management team), who had extensive experience in IFA consolidation having worked for seven years at Bluefin/Thinc Destiny in several senior roles.
They led the team to deliver against recruitment and asset migration targets resulting in £3.5bn of assets moving to the in-house platform and the Centralised Investment Proposition. Together they developed the integrated IT proposition (Project DILIS) Device Independent, Location Independent and Scalable, which has stood the test of time and is particularly relevant in today’s testing environment.
With the infrastructure in place, the focus switched to the integration of acquired members firms. With one new firm joining every month the team were challenged to ensure the smooth integration of planners, proposition and staff to one national proposition.
Debbie was responsible for:

As Group Training & Development Director, Keith led a team to develop and deliver a national training program for planners and support staff, introducing Personal Development Plans for all staff to encourage learning and development and systems for monitoring and recording all CPD. It also included devising and running monthly national T&D sessions for planners, staff induction courses and regional meetings with internal and external partners and completing planners initial assessments.
Keith also led a separate team of Lifestyle Cash Flow Planning experts to support the build of a bespoke software tool and roll out a national training program.
As Group Business Development Director, Keith continued to work with the Integration team to build and monitor a full integration matrix covering all internal and external departments from Compliance to Facilities and HR to facilitate the smooth transition of acquired firms. He managed the internal team and IFA relationships including firm Directors/Principals, planners and support staff through the change management program.
Debbie delivered fully integrated firms to the larger group and worked with members to embrace the Succession Client Proposition. Working as part of the Relationship team to attract new member firms and liaising with the Corporate Director and finance team to ensure acquisitions were completed supporting the acquisition of 54 financial services businesses. 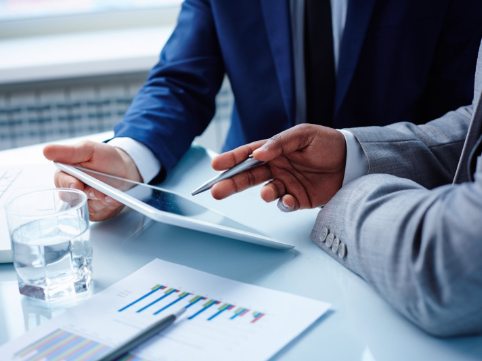